Announcement Regarding the Chief Executive 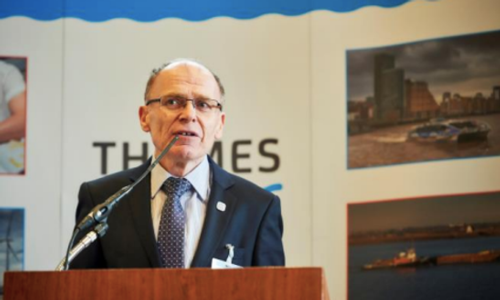 The Thames Skills Academy (TSA) is now well into the second full year of operations, and establishing itself as the primary organisation for securing high quality, marinerelated training on the tidal Thames. Having worked with great commitment and persistence over the last two years to get the TSA to this position, and after 27years being involved in the management of marine safety and training on the tidal Thames, Julian Parkes has concluded that this is the right time to begin a new phase of his career, and has indicated to the Board that he will not be seeking to extend his current contract when it expires at the end of the calendar year.

“Setting up the TSA from scratch has been an exciting challenge. We have a really good team and are already arranging high-quality training for our members, as activity on the tidal Thames increases. I am confident that the TSA will continue to grow under new leadership, and wish the team well."

“On behalf of the whole Board I would like to thank Julian for his tireless and professional efforts to establish the TSA and lead it though a crucial stage of its early development. He will leave the TSA in a strong position to meet the vital training needs of the employers on the Thames. The Board respects his decision and wishes him well for the future. The Board has now set in train the process to find a replacement for Julian who will, of course, continue in post until the end of the year. We will make a further announcement on the appointment of a new Chief Executive in due course.”